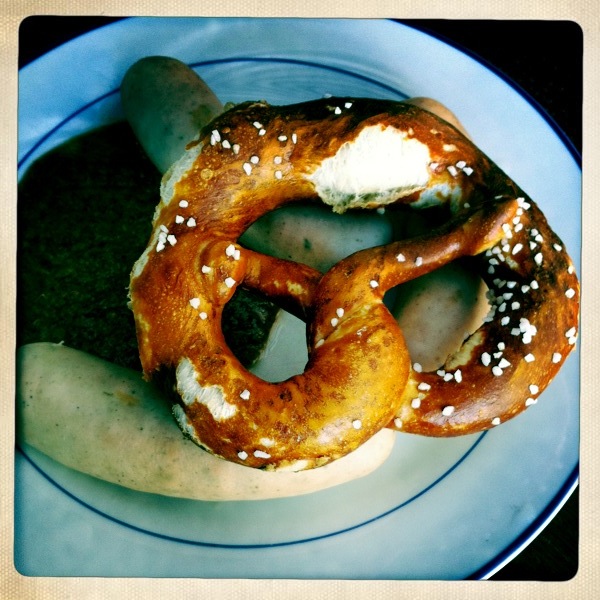 I honestly never really understood what the big deal was with Weisswurst – it was just, as it’s name suggests, a white sausage right? I was about to be proven wrong with Bavaria’s favourite breakfast of Weisswurst (literally white sausage), Weisswurstsenf (sweet German mustard), a good ol’ Brezen (pretzel), Sauerkraut (literally sour cabbage) and a big mug of Weissbier (Bavaria’s signature wheat beer) in Munich’s Viktualien Mart. We had many a Weisswurst on our trip and truly could not get enough of it! 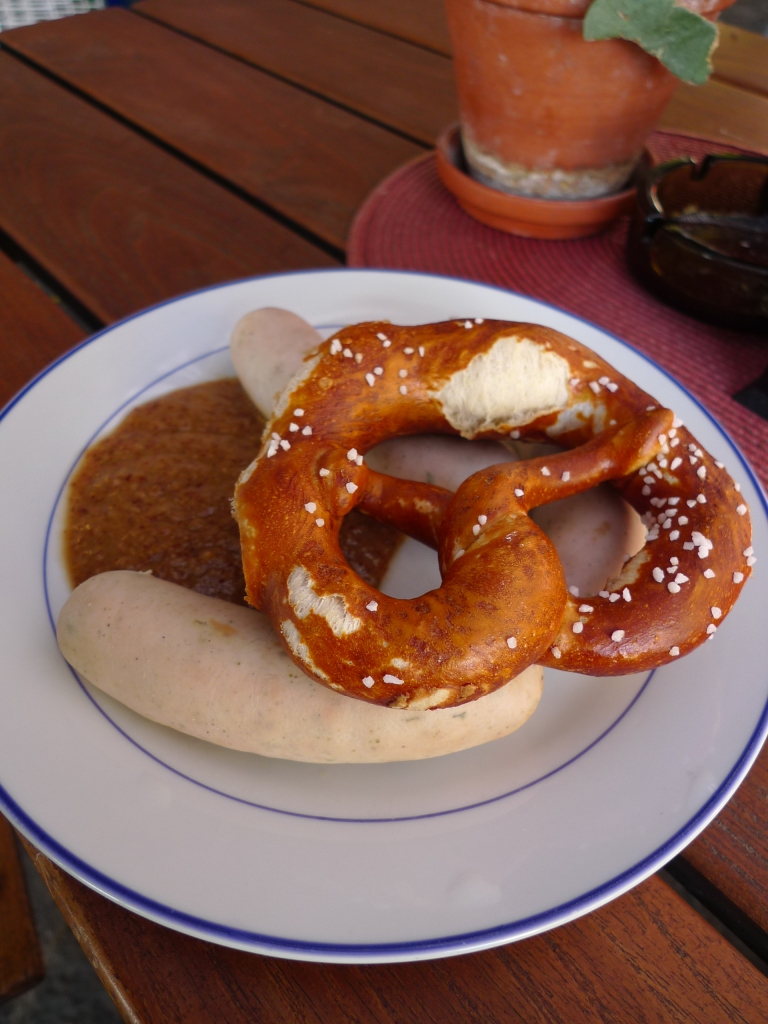 So, Weisswurst is finely minced veal in pork casings usually seasoned with parsley, lemon, garlic etc, and mind you is not to be eaten with its casing! That would be the wurst faux pas one could commit anywhere in Bavaria 🙂 Weisswurst traditionally is served only till mid-day as it is typically made fresh in the morning as the meat is not smoked (unlike other types of sausages), so don’t be surprised if places run out of Weisswurst by mid-day. The sausages are either heated in water, broth or white wine to just before boiling but we had ours mostly heated in water and one of our Weisswurst orders came in its own mug – it is served in this way to keep it from losing it’s heat.

Ok judging from the pictures that’s 3 sets of Weisswurst meals over 4 days in Germany – hmmm… we could have had another set eh?

So now, I’ve got a pretzel recipe in the bag (tho it’s going to be a bit dangerous – it requires dipping the dough in lye that’s highly acidic) – whilst I pluck up the courage to work with lye, I might go on a search for some awesome Weisswurst and Weissbier instead – waaaay safer! German supermarket here I come!