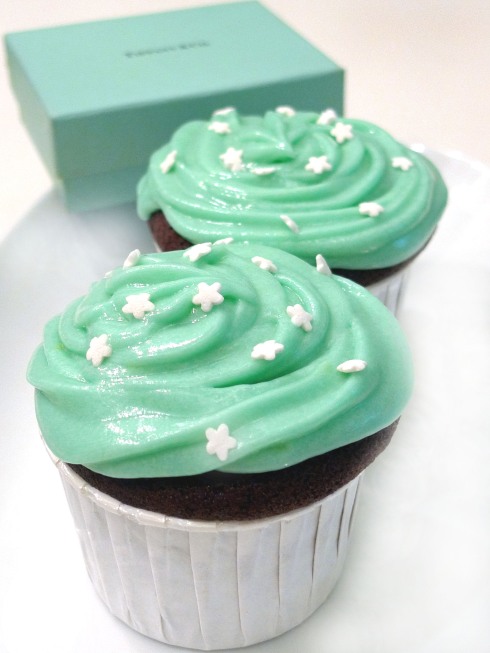 These yummy cupcakes might have been a little too decadent for breakfast and so I decided to have Tea at Tiffany’s instead 🙂 I’d been dreaming about making some chocolate cupcakes with this beautiful blue-coloured frosting – this is another way of giving yourself an awesome Robin-Blue treat at a fraction of the cost! You may not be able to wear it around your neck but it’ll sure make you feel like a million bucks! [I just had an idea to make a cupcake ring!! hmmm… maybe next time :)]

I don’t know about you but I absolutely LOVE cupcakes with cream cheese frosting cos it’s a little tangy and sweet at the same time unlike buttercream that’s just WAY to sweet sometimes. Also cream cheese frosting sounds healthier than buttercream frosting. note: it only SOUNDS healthier. I had a little mishap during baking and 2 of my cupcakes ‘boiled’ over its casing but it was no biggie – the cupcake’s still goooood. These would have been quite good for a Halloween theme – give the cupcake a design and maybe fill the spillage with RED icing – a bleeding cupcake. Well that’s for another time 🙂 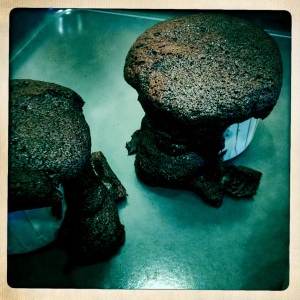 Let’s see how these little gems are made: 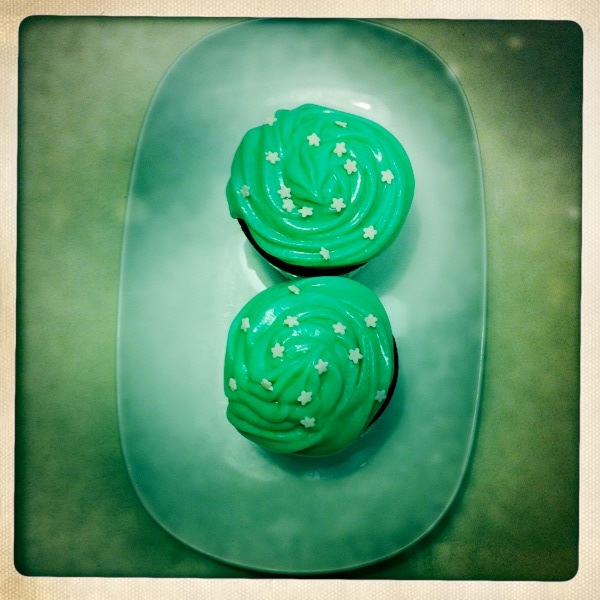 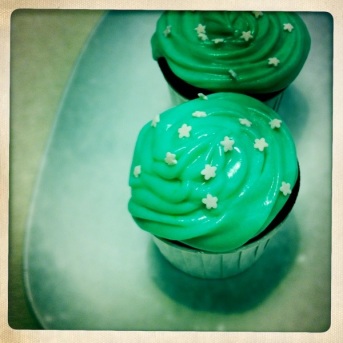 Method
For Chocolate Cupcakes:
1. Preheat oven to 180°C.
2. Place souffle cases on baking tray/ Line muffin tray with cupcake cases.
3. Sift plain flour, cocoa powder, baking soda and salt into a large mixing bowl. Set aside.
4. Beat butter and caster sugar in the mixer using paddle attachment until light and creamy.
5. Beat in eggs and vanilla essence until well combined.
6. Next, alternate additions of the flour mixture and milk to the butter mixture ending with the flour mixture. Gently fold in the last addition of flour mixture using a spatula.
7. Using an ice cream scoop², scoop the cupcake mixture into the souffle cases/ cases in the muffin tray. Filing only ½ the souffle cases or cupcake cases (or you might have the same ‘boiled-over’ situation that i mentioned above.
8. Bake for 25 minutes or until a skewer stuck in the cupcake comes out clean.
9. Set aside to cool and decorate as desired. 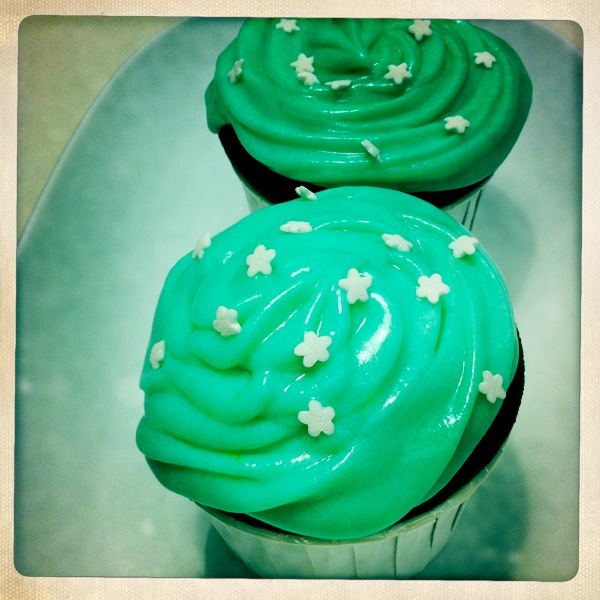 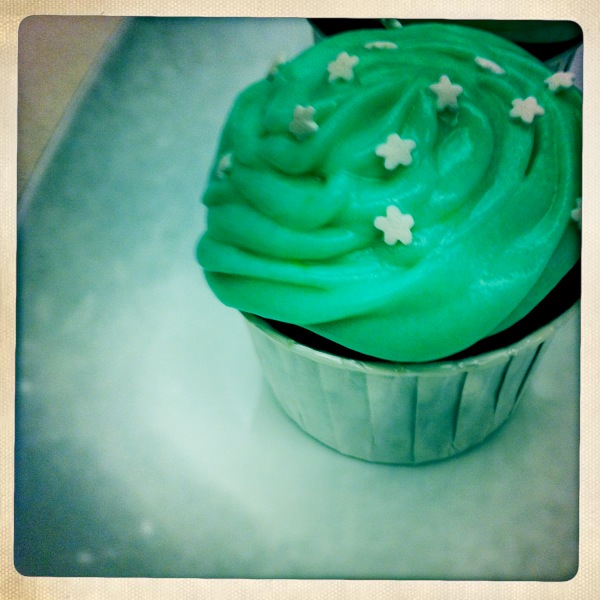 I wanna print this recipe!

¹ A pastry chef once told me she measures all her ingredients on a weighing scale and I thought she was crazy. But now, I totally understand what she means – in baking you need to be absolutely precise with your measurements and a weighing scale helps you achieve that precision.
² It’s a good idea to use an ice cream scoop, so you can measure the amount of batter you use by ‘scoops’.
³ The soy milk doesn’t quite affect the taste of the cupcakes – it’s still just as moist and rich 🙂
4 If the frosting looks a little too fluid after mixing, place the frosting in the fridge for about 15 minutes to give it some structure.

3 thoughts on “Tea at Tiffany’s”